The Coalition for Effective Public Safety (CEPS is a meta-group of activists and advocacy agencies) has long advocated for a parole board member with experience in social work, mental health, and substance abuse disorder.

We are calling on YOU to speak out for the appointment of a board member with a psych background so that the Board can better assess candidates who come before them, including many with mental health and addiction issues.

Five current members of the Parole Board have law enforcement backgrounds which limit the range of perspectives to fairly judge parole applicants.

There are other problems with Moroney’s nomination.

·        She oversees a Board that  does not have a healthy paroling rate;

·        Prisoners with life sentences must wait eight to 10 months for parole decisions;

·        The Board has not recommended one person for commutation or pardon since Moroney became General Counsel, much less in the past year since Ms. Moroney became executive director and general counsel;

·        The Board has not acted on a single petition for commutation since she became Counsel; and

·        Too many people are returning to prison on technical violations rather than receiving intermediate sanctions, and so we needlessly fill our prisons and create more harm.

In her testimony given Wednesday, Moroney would not promise to serve out the five year appointment, and would not answer the question, “Do you want to become a judge?” The conclusion could be made that Moroney may use the Parole Board role as a stepping stone to a judgeship.

CEPS asks you call to your Governor’s Councilor (which appoints Parole Board members) before Weds. Jan. 16, when they will vote on Moroney’s nomination.

Here are talking points for your councilor

Our present Parole Board has five members who have worked in law enforcement, parole, as attorneys, or in corrections, with only one member, Dr. Charlene Bonner, with experience and training in psychology.

We have no Parole Board members with experience and training in psychiatry, sociology or social work.

I oppose Moroney’s nomination because to fairly judge the parole applicants, the Board needs more balance in their training and experience, outside of law enforcement.

Because she does take ownership of her role at the Board and supervises seriously flawed practices—low paroling rate, too many re-incarcerations, not acting on commutations, unconscionable delays in lifer decisions—I ask you to vote against Gloriann Moroney’s nomination for parole board.

​THANK YOU VERY MUCH on behalf of CEPS, the Massachusetts Coalition for Effective Public Safety, a group of individual activists and advocacy agencies.

From Lauren K. Gibbs, an EMIT leader and activist

I just finished “Six By Ten: Stories From Solitary,” edited by Taylor Pendergrass and Mateo Hoke, 2018, part of the Voice of Witness series. I got it from the library system and it is available on Amazon.

The incarcerated or formerly incarcerated people are three black men, two white men, one Asian man, two black women (one Muslim), and one black transgender woman. These are frightening stories.

Read this book if you can. I am asking the Governor, the Speaker of the House, the Senate President, the heads of the Judiciary Committee, and my legislators to read the book (242 pages plus six appendixes comprising 37 pages including what we on the outside can do, a timeline of Solitary Confinement in the US, a glossary of Solitary language, a six-page discussion of Intimacy and Violence in a supermax prison, a six-page discussion of where Solitary Confinement is headed in the US, and the five-page demands of the 2011 California Prisoner Hunger Strike.

The 10 things we can do are as follows.

1.  Befriend someone in Solitary. Go to http://solitarywatch.com/about-lifelines to obtain a pen pal.

2.  Invite people who have been in Solitary to speak in our community about their experiences and thoughts.

3.  Make demands of local elected officials and candidates, such as Sheriffs (and District Attorneys).

4.  Give money or time to local prisoners’ rights and reentry organizations. Prisoners Legal Services in Massachusetts is a strong advocate for incarcerated people, especially in solitary.

5.  Organize to pass statewide reforms, particularly of solitary confinement and improve access to quality mental health care funding in the broader community and in prisons and jails.

3. Comply with the 2006 Recommendations of the US Commission on Safety and Abuse in America’s Prisons to end Long-Term Solitary Confinement.

Gov. Baker, the Massachusetts State Legislature and the Mass. DOC should work to end Solitary Confinement [under many different names and designations] and provide the programming, food, and mental health care that incarcerated people need to break the cycles of incarceration and get ahead in life.

“I have great news for you. Governor Baker plans to sign our bill, as is, at 3 p.m. today,” Cherish Casey of the Essex County Community Organization said at a State House press conference.

Casey’s declaration triggered applause and cheers from those in attendance.

The press conference was originally called to urge Baker to sign the bill but took on a celebratory mood as its backers thanked the lawmakers and others who got the long-awaited bill to the governor’s desk…..

As the press conference was unfolding, Baker was holding a meeting of his cabinet Friday morning at the State House.

Baker’s office confirmed he will sign the bill, at 3 p.m. in room 157 at the State House, and said he will also “discuss additional reforms that the administration plans to propose.”

Gov. Baker [of Massachusetts] has proposed $640 million for the Department of Corrections [DOC] for 2019 PLUS a line item for $11 million for the training and hiring of 200 new correctional officers [COs]. The DOC now spends less than 2 percent on programs for incarcerated people.

Does this reflect our priorities or prepare people to return home? Some 92 percent of all incarcerated people will return home.

Another possibility is to transition toward the goal that all COs serve as program officers, who share a skill and/or knowledge with the people in their care. The program can be practically anything–culinary, GED preparation/tutoring, plumbing, carpentry, writing, running a small business, yoga/mindfulness, college or high school classes, computer repair/programming, job skills, trauma awareness/healing, or sales and communication skills, to name a few possibilities.

“The union would never go for it,” according to naysayers. What about tuning into the WIFM channel — What’s in it for me?

When every CO is a program officer, they:

Wouldn’t that be motivation for the union to work toward constructive change within the system?

With a healthier environment, other problems might dissipate, such as contraband and drug distribution and use inside; gang membership; violence; mental illness; idleness and lack of motivation and rehabilitation.

We have nothing to lose from implementing something NEW in our broken correctional system, which depends on repeat customers filling our prisons and jails.  It would give the opportunity for the DOC to fulfill its motto of “Manage, Care, Program, Prepare.” 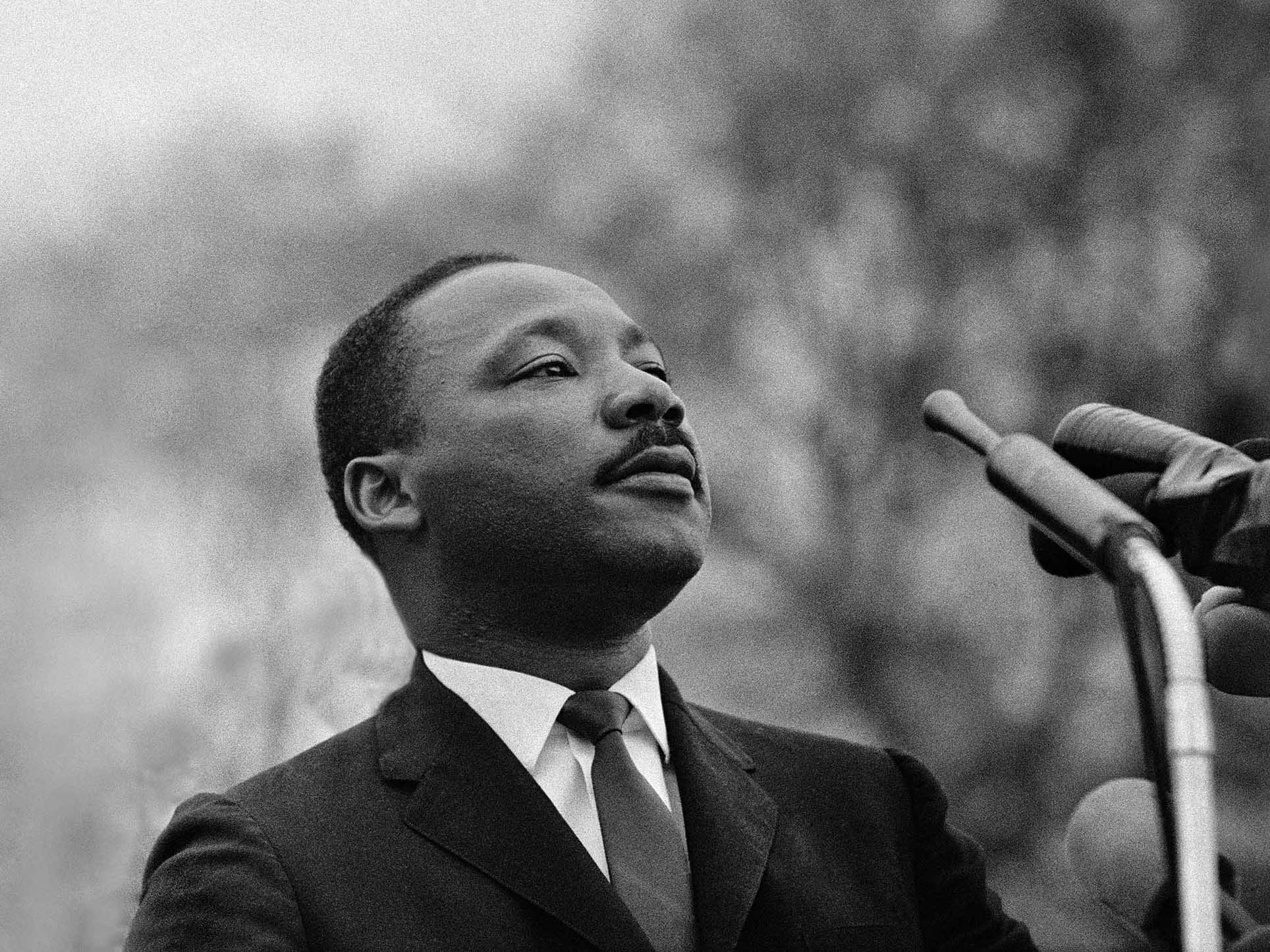 Martin Luther King Jr was honored yesterday by the Mass. Statehouse when it passed its Omnibus Bill to reform the commonwealth’s justice and corrections systems. The bill is awaiting action by Gov. Charlie Baker.

version of the criminal justice omnibus bill, and then the House voted for it 148-5.  This is fabulous!  Thank you to everyone who helped make this happen.

The next step is to get Gov. Baker to sign the bill — not send it back with amendments.
Please contact Gov. Baker in whichever of the following ways you prefer, ask him to sign the criminal justice omnibus bill without amendments, and perhaps include 1-2 sentences about why this bill is important to you (either particular provisions you care about, or that it will promote justice and compassion and true public safety, or whatever feels right to you):
+  Call his office at 617-725-4005
+  Use the webform at http://www.mass.gov/governor/constituent-services/contact-governor-office/  (ignore the “old website” warning)
+  Email his Legislative Director Kaitlyn Sprague at Kaitlyn.Sprague@state.ma.us or constituent serivices director Mindy D’Arbeloff at mindy.darbeloff@state.ma.us
+  Tweet @CharlieBakerMA
Also — Passing a bill doesn’t mean we’re done!  Laws matter, but what people are doing matters too.
The Mass Bail Fund and What a Difference a DA Makes campaign are seeking court watchers — people who get some training, commit to going to a courthouse at least three mornings in three months, and collect information that will help hold judges and prosecutors accountable.
No experience is necessary.  Some of the people receiving this email have had altogether too much experience with courtrooms, while for others this is an excellent opportunity to learn and grow personally while helping the movement.  Everyone is welcome!
The Suffolk County training will be this Sunday, April 8, 4-6:30 p.m. at the First Baptist Church (633 Centre Street in Jamaica Plain).  Trainings for Plymouth, Hampton, and Essex Counties are scheduled for April 22, May 6, and May 20.  If you live in Middlesex County, which is not one of the counties we’re focusing on, please consider helping out in Suffolk, Essex, or Worcester County.  You don’t have to attend the training in the same county where you do your court watching.
If you have some mornings free and can help in this way, please learn more and register at www.courtwatchma.org .
And may we all help keep alive Rev. Dr. Martin Luther King’s vision of a world where people have quelled the triple evils of racism, militarism, and excessive materialism, and everyone has justice, peace, and the material and spiritual foundations of a good life.
—Lori Kenschaft